Owing to high work pressure, I am unable to take on ASD children right now.

Perhaps this page may help start you on the right track. Unfortunately there are few doctors left to support ASD  families. There is little mainstream support for this biomedical or functional medicine work  – even antagonism.

Autism is the most typical of this spectrum of neuro-developmental disorders, including Aspergers, ADD, ADHD and learning disorders. 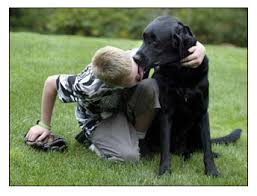 Its prevalence has increased significantly in recent years. Much research and controversy surrounds the causation. Many pieces of the puzzle are coming together offering exciting therapeutic options and interventions. There still remains considerable debate between paediatric mainstream experts and other parent-doctor ASD research associations, who are progressing with innovative non-drug treatment options based on the scientific unraveling of the ASD spectrum.
The latter treatment has been termed biomedical treatment (BMT). It asserts that ASD is dominated by nutritional, toxic and biochemical adverse effects in a genetically susceptible child. This at risk sub-group of children are less able to clear toxins, which accumulate because of malfunctioning biochemistry and it is this that needs huge therapeutic intervention to correct. Results indicate that we are on the right track
Based on solid research, BMT allows natural therapeutic options resulting in many autistic children responding well and  some recovering fully. It is important to remember that media reports of dramatic cures are factual. Such dramatic successes may not apply to every autistic child but most will respond.
Whilst a basic part of the treatment are used in all ASD children each child requires investigation and examination to individualise the management – this is quite critical. More exacting biochemical tests are available now to enable better targeting of therapeutic interventions.
BMT is additional to the excellent behavioural therapies available such as ABA (Applied Behaviour Analysis), RDI (RelDevelopment Intervention)- as well as many other programs offered.

ASD, a spectrum, ranges from severe to higher functioning autism, then down through Aspergers , PDD  (Pervasive Developmental Disorders),  ADD/ADHD, and then other learning and behaviour disorders. There is often overlap of symptom presentation.

The reasons are hotly and vigorously debated. Some researchers strongly argue from the evidence found that there is a close correlation with increasing live viral vaccinations. Especially when toxic mercury was in use as the preservative in the vaccines – a practice now outlawed. Infants may have 20 or more vaccines loading their young immune systems by the second year. Long term safety had not been established.
Mercury has always been known as a serious toxic material it had just been assumed that small quantities were not harmful. What was not known, was that not all infants had the ability to quickly detox out the toxic substances and so accumulation could occur. Some ASD children have excess body burdens of a range of toxic metals as well as other toxic substances.
The very heated debate over links to vaccination continues with each side passionate about their beliefs. Authorities state vaccinations do not cause autism evidence still points otherwise. Recently US CDC authorities have admitted a link to autism in some cases.
However, when first published, the CDC in the US did accept, according to good evidence, a link between toxic mercury and autism, but after a sequence of reviews over the next few years – the CDC now ‘officially’ deny any link. Since mercury was taken out of most vaccines, it is argued that the incidence of autism continues to increase.

For more information on vaccine debate and a detailed published paper go here >>.

Extensive research is finding more and more abnormal findings with ASD children. Some are genetic aberrations (termed polymorphisms) while others maybe from nutritional deficient status. These highlight areas that can be targeted with micronutritional agents.
Examples of abnormal biochemistry are:

Liver detoxification impairmentThis is an almost 100% frequency in ASD.
Key is the P450 sulphation and sulfoxidation pathway which is used to rid many xenobiotics (foreign chemicals) as well as toxins produced by the body. Efficiency of this pathwhay is variable and genetically determined to some extent. So you can see why some ASD children may be very susceptible and others not.Impairment leads to very low Glutathione.
In treating ASD children, every attempt is made to increase levels of this crucial compound based on glutamic acid, cysteine and glycine. A good ‘metaboliser’ or ‘detoxer’ can make lots of sulphates to detox. Others are poor or even non-metabolisers.
An example is common paracetamol most children are ok with taking it but a small number with low sulphate and glutathione (GSH) cant and it becomes very toxic to their liver. So this is why normally low toxic substances can be very harmful to the susceptible – especially ASD children.
The intestines also need lots of sulphate to neutralise toxins before getting into the body. With BMT, emphasis is on having adequate suphate. Up to 92% of ASD children have some degree of sulphate detox impairment. It explains why many have trouble with certain foods having chemicals like phenolic amines such as dopamine, serotonin and tyramine (chocolate, bananas cheese and fermented foods).
Even common pyrethrin house fly spray could become toxic to detoxification-impaired children. There are many other household potential toxins. Consider the multitude of ‘harmless’ chemicals in a childs everyday life from food additives to cleaning products and home material off-gassing – ‘normal’ children may handle these better but others with immune and detox impairments may not, resulting in neuro-toxicicity (brain).

Dr. Reeder has produced a full investigation profile which is individualised based on many factors. Cost is a major factor in determining how extensively each child is investigated with tests.
Of course local free lab tests are vital as well as basic genetic evaluations. These will usually have been completed by hospital paediatricians.
Further tests may target for example:

Studies show ASDs to have excess pollutants like lead, mercury, cadmium, arsenic, aluminium, pesticides, gas heating fumes, perfumes, as well as modern home furnishings off-gassing etc. ASD children are  more susceptible.
Especially important are Metallothioneins (sulphur proteins) which buffer and strongly bind toxic metals. They especially guard the brain and gut. ASDs have impaired MTs. The copper-zinc ratio is often high. Loss of zinc is crucial to toxic metal build up. Copper excess can be toxic.
Pyrroluria or Mauve Factor – a condition where excess zinc and Vit B6 is lost in the urine. All the above can lead to emotional instability, attention deficit, brain hormone imbalances and symptoms seen with ASD. This can be measured by a urine test – previously called the KP test or more accurately HPL. For an in-depth report into HPL click here (not for the faint hearted!)

The GI Tract is crucial to many causes of symptoms of ASD. Leaky GutThe lining is damaged and becomes leaky or permeabl – no longer a barrier, thus allowing partially digested food molecules and gut toxins to pass through into the waiting immune system and blood stream. This sets up food intolerances and allergies as well as potential autoimmune disorders and inflammation in distant body organs.
Worse culprits are the food peptides from gluten and casein which resemble opiates (as in opium). These exorphins stimulate the brain and can have severe excitatory effects.
This is the Opioid Excess theory of autism. Hence the widespread success of the casein-free, gluten-free diet (CFGF diet). It may take 3 months or longer of being CFGF to show significant improvement. Some children dramatically improve in days.
Some may require further control of  diet such as Specific Carbohydrate Diet (SCD). Unfortunately many ASD children are picky eaters and seem to love bread and dairy foods (opioids from these are addictive).
Dietary change can be challenging but immensely rewarding.
Animal studies have confirmed that these same opioids can produce social indifference just as with human autistics.
Many children have disturbed bacterial ecology termed dysbiosis. There may even be chronic intestinal infection or overgrowth of toxin-producing organisms such as candida (a yeast). Such dysbiosis must be corrected.

There were close resemblances to autism, years ago with early Pink disease. Children who were given teething gels containing mercury resulting in very similar neuro-developmental deficits. Again not all children suffered the effects  only the susceptible, ie the poor detoxers!
Mercury was introduced into vaccines in the 1930s approximately when the first autism cases were recorded. The incidence rose sharply again later as more thimerasol (mercury) vaccines were marketed, including HIB and Hep B. Perhaps this was a coincidence that autism rose sharply. In 2001 the Institute of Medicine conceded a possible autism link with mercury, recommending finally that mercury be phased out of children’s vaccines. The link between vaccines and autism has been progressively denied and in 2010 officially declared as no link. Whatever the truth many parents seem to ‘lose’ their child at around the 18 months time and after MMR. It should be noted that mercury hasnt been used in most child vaccinations for some years. Still autism rates increase alarmingly. Was mercury just part of a bigger vaccination picture with stress from multiple vaccinations and possible adjuvants in the vaccines? Research continues with urgency with a rate now of 1:91 !
Almost 100% of autistic children have impaired liver detoxification and low MT (metallothionein) status therefore a low ability to neutralise even low doses of toxic metals. Mercury is a potent oxidant, it depletes glutathione, the core human cell anti-oxidant protection and so lays open the child to poor liver P450 system detoxification of many toxic substances from the environment as well as self-generated toxic wastes.
Mercury is second to plutonium as the most potent toxin known and is ‘ thimerasol’ in vaccines. Add to the mix lead, arsenic, cadmium, aluminium and other environmental toxins and the susceptible child is at great risk.
Mercury also impairs a digestive enzyme DPPIV which digests peptides from casein and gluten hence the toxic peptide theory.
It is likely certain ASD children can resist these toxic metals more than others – they may have better genetic, nutrition and otehr factors that maintain higher levels of GSH and Metallothionenes.
So its a multi-factor condition involving genes, diet, gut, liver, toxins and so on. This explains the great variation in symptoms and responses to treatment.

There is no one treatment for all ASD children. As you can appreciate, there are genetic, biochemical, environmental and behavioral elements. Each will have their own  methods of management and each may vary in importance from one child to the next.
Dr. Reeder recommends families look at the whole spectrum of management and resources. Join support organisations, talk with other parents, obtain second opinions. There are several autism trained physicians in New Zealand. Dr Reeder can assist with advice and resources.

Autism may therefore result from genetic predisposition in a subset of infants, triggered by toxic insults to an immature system far less capable of buffering and detoxification through impaired gut and liver metabolic pathways. Accumulation of excessive levels of neuro-toxic compounds occurs and affects brain development and function. Research continues to understand why such brains allow toxins to cross into susceptible regions causing the typical language, social and behavioral disturbances seen in these little ones.
This results in multi-system inflammation and neuro-immune dysfunctioning 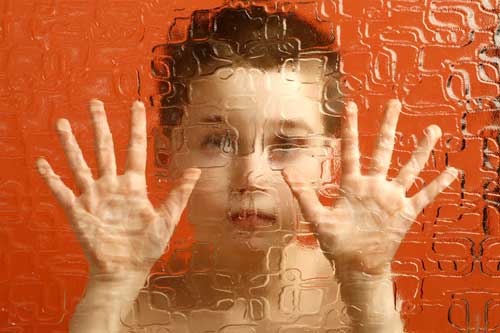 A parent gives back – will you help her?