This is one of the most misunderstood steroid hormones. Largely because of the long history of use and abuse. From the adrenal glands, cortisol is a key hormone without which severe consequences result.
Caution: Its not so straightforward as say diabetes where insulin is clearly required. In the case cortisol secretion from the adrenal glands, it must be remembered that cortisol generally is a stress hormone and constant over production may eventually lead to ‘burn out’ so to speak of the adrenal glands but also may be purposely suppressed by the pituitary in order to protect the brain which is highly sensitive to too much cortisol. Therefore prescribing cortisol would be a last resort. 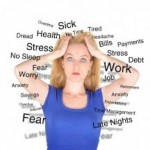 Susan is in her 30’s, she is thin (always has been), tired all the time, craving food especially sweet stuff yet most foods make her feel nauseous or cause stomach pains.
She is prone to allergies, eczema and always gets colds or sore throats. She feels pent up emotions, gets angry easily and has outbursts   which she tries hard to control – she is ‘so fragile”. It is affecting her family life more and more. Looking back as a child she   was very ‘sensitive’.
Tests revealed low levels of cortisol output. She wasn’t so severe as to be termed Addison’s Disease, but just low range of normal.   In other words, deficiency. Once this was corrected along with diet and supplements Susan gradually became ‘human’ again. 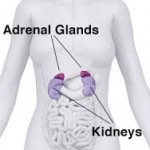 Cortisol belongs to the group called glucocorticoids – cortisol, hydrocortisone, cortisone etc, from the ‘cortex’ or outer layer of the adrenal glands. These are the naturally occurring adrenal glucocorticoids; prescription products resemble but are not found in the human. They are usually much more potent. Examples – prednisone, prednisolone, dexamethasone, methylprednisolone and many more.
Cortisol is released from the adrenals in response to a hormone, ACTH, from the pituitary, which in turn is controlled by the higher brain hypothalamus centre – like the thyroid story.
When first discovered and used medicinally, the effects were stunning; many chronic illnesses like arthritis pain, chronic inflammatory   diseases, autoimmune disorders etc responded rapidly. Steroid use became widespread. Then the side-effects kicked in, and were so serious that cortico-steroid use was almost banned. From then it has been limited to serious illnesses where there is no other treatment and the benefits outweigh the side-effects.
The key message here is that this kind of prescribing was generally in relatively high or ‘supra-physiological’ dose ranges. As we have seen time and time again with all hormones and any supplements for that matter, not only do deficiencies cause problems but also high excesses.
Cortisol, when given to bring a low level up into the normal expected healthful range, will not cause side-effects as long as it is taken and monitored properly.
Because of the past and present disasters of cortico-steroid prescribing, adrenal cortisol causes great unease amongst both doctors and public alike. Unfortunately, the grey area of adrenal insufficiency isn’t managed well by mainstream because of limited means of testing and the wide variability in symptoms. Thats why most with the ‘adrenal fatigue’ symptom set, will seek alternative medicine.
So what does cortisol do that’s so important!

It keeps us alive, that’s what…

So it can affect mood, energy, immunity, pain control, stress resistance and many other functions. It really is a life and death hormone. Unlike most other hormones it does need to maintain its level all through life. (as with thyroid and insulin). However older people do have lower levels and their cell receptor sites are less able to respond which makes the whole thing worse.
Cortisol is used up a lot during the day and builds up overnight when its not needed so much. Levels are highest early morning. Activity, bright morning sun, stress will stimulate production. Night time melatonin and growth hormone will keep the night cortisol from getting too high – this will keep a person awake!

Refer to the Cortisol Questionnaire 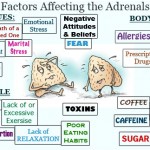 Doctors argue this endlessly and strongly. The functional medical community recognise the existence of the symptom complex called adrenal fatigue syndrome, adrenal insufficiency and so on.
Presumably because of the many possible symptoms, stress effects, cross-over with many other causes for fatigue – and the inadequacy of labs producing meaningful testing methodology – there will always be strong differences of opinions.

When it comes to treatment its largely adrenal support via lifestyle, herbal adaptogen medicines and certain hormone free glandular preparations which are coming back in as the science is being unravelled as to how gland extracts, without necessarily containing any active hormones can induce change. Possibly by ingredients, DNA, RNA etc. 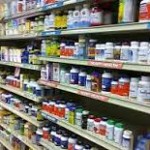 On occasion, some patients who have exhausted the above, and are indeed exhausted may trial actual cortisol itself – as a trial of therapy. Some get dramatic results – which should not be surprising as its what we do for thyroid insufficiency, diabetes and  other endocrine -insufficiencies. So why not adrenal?  Its likely a hangover from the past when it was literally abused. Repeating the notes above, it is important to remember that the brain if having been under constant high levels of cortisol pressure, may purposely reduce cortisol levels for protection.
As with good medicine practice – clear clinical trials need to be done to establish evidence. But, many cant really wait the 10-20 years and want it now. It can be done safely.
A classic book was written – “The Safe Uses of Cortisone” by William Jeffries. 1981.
It presented evidence that restoring hormones into effective physiological ranges is safe – as opposed to high levels. A caveat is that lab ranges are just that – not necessarily ‘normal’ for that individual.